Yesterday I promised you a fictional business so meet Stan.

(Yes I KNOW it’s the worst drawing ever in the history of the internet, but give me a break, I’m not a cartoonist, I build web sites…and my son’s felt tips were running dry!)
Anyway, Stan looks a bit glum and the cause of this is his current website. Stan runs a small business selling widgets. He also runs a widget repair service. About a year ago he decided he needed a website. He based this decision on a gut feeling that he ‘should have a website’ and the fact that a few of his clients had asked if he had one.
He didn’t know a lot about web design and like a lot of busy people had little time to read any literature. He saw a local advert ‘Get Your Company on the Web’ for what seemed like a reasonable sum, so he went with that. He has a five page web package which includes:
Stan has had the website for about a year. During that time he’s had a few enquiries about his widgets but he had hoped to receive many more. When he types ‘widgets’ himself into Google he’s nowhere to be found, not even ten or fifteen pages in.
He’s started to receive emails and phone calls from various companies promising to raise his ranking in the search engines but he’s not exactly sure what this involves or whether he should trust these unsolicited offers.
To compound Stan’s problems widgets have fallen in price recently. Unfortunately the prices on his web site are those he had put on at the start, a year ago, so now he looks uncompetitive against other companies also selling widgets. His web designer will charge him to make the necessary alterations but what if widgets fall in price again, or go up in price? He has to go through the web designer every time he wants to make a simple change, or else he has to spend time explaining to potential clients why his current prices don’t match those on his site.
Also he’s just discovered that there is a new improved widget coming on to the market later this year. Stan would like to run a special feature about it on his site but his current site has no facility for him to do this.
And finally in the future he’d like to expand into stocking widget kits and running widget-making workshops, so that customers might learn how to make their own widgets. He can’t see any way that his current website will allow him to make this expansion.
He’s well and truly caught in the web.
In our next post we’ll show you how Stan the fly can begin to transform into Stan the spider! 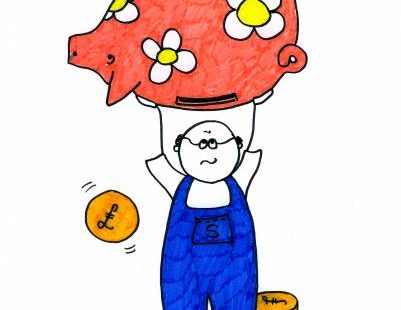 Money Matters. The total cost of owning a website 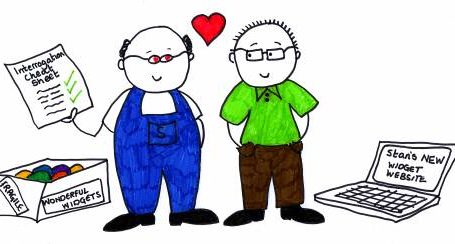 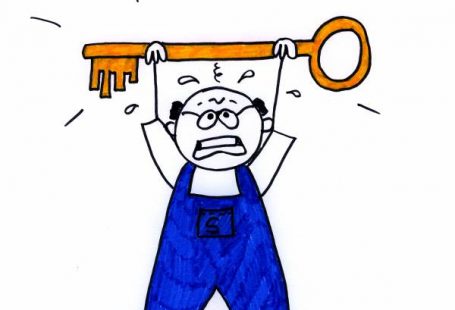